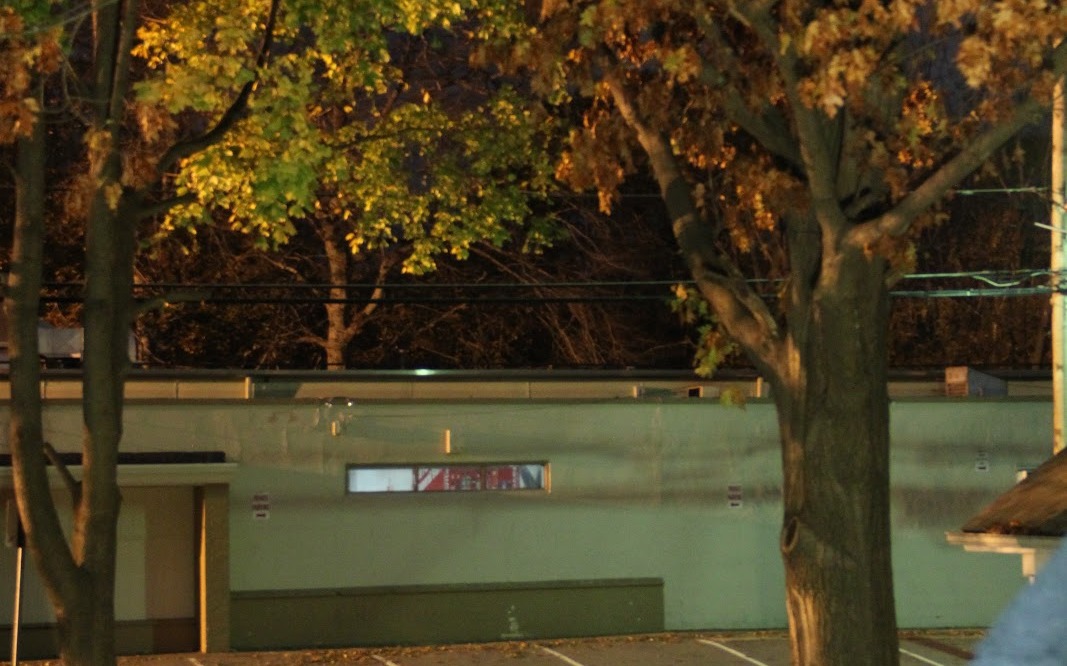 I looked outside the window and everything seem to be still. The leaves are not moving a bit and the three big trees (2 maple and 1 oak) stood right in front of me. The street is just silent, not even one car is passing. What I’m seeing tonight is very far from what I saw three nights ago.

This isn’t camera trick, the wind created the blur.

(Three nights ago, I stood on the same window looking at the trees as they sway according to Sandy’s wind direction. It was very scary that I had to literally say a prayer to those trees to stand still. Yes, they did! Answered prayer! )

Those three big trees during the storm.

Tonight, I was tempted to open the window and there I felt the cold air. It is crisp. This kind of cold and crisp thing that always remind me of simoy ng pasko (Christmas in the air) back home. For a second I allowed some memory lanes to cross tonight’s reflections. I thought about how streets should start to bright up with all the parols (Christmas lanterns) hang on the trees, around this time of the year. I thought about the puto and bibingka(rice cakes) sold on the streets. You get them warm and the taste never seem to change. For the record, this will be the seventh year that I won’t be spending Christmas in the Philippines. How sad is that?

Memory lane is over.

(I see a dark street in front of me, not even one car has passed since I stood in that window).

Then, my mind shifted on the storm’s aftermath. Some people are still out there in the dark, with no warm food and no electricity. Yep, I have to remind myself that I’m supposed to be on progressive country. I almost thought I was back home seeing news that sounded like news back home. I’m hearing news that I thought I would not hear since we moved here. Things are changing.

Then again I saw that video of the jersey shore where houses looked like match boxes up in the air. In one night, the communities that stood there almost became part of the shoreline. Houses were washed out, and sand almost reaching up to ceilings. I’ve seen that before when Mt Pinatubo erupted. It reminded me again how things are temporary. A house that is built for several months could be gone in seconds.

Then there is a miracle. The father of one family that we are close with survived an accident almost unhurt when a big oak tree fell on the car that he is in. He was supposed to move the car to prevent the tree from hitting it but the tree came crashing even before he was able to step on the gas. The car was a total wreck but our friend made it safely. Hearing that story would keep you thankful. Houses and cars are replaceable, but life?

The stillness of the night makes me worship God for moments such as like this. I pray for those who didn’t make it whole after the storm. I pray for them courage and patience. I pray that this event will not just go just like that but rather a lesson to learn. I pray for warmth both physically and spiritually. Most of all, I pray for them electricity!