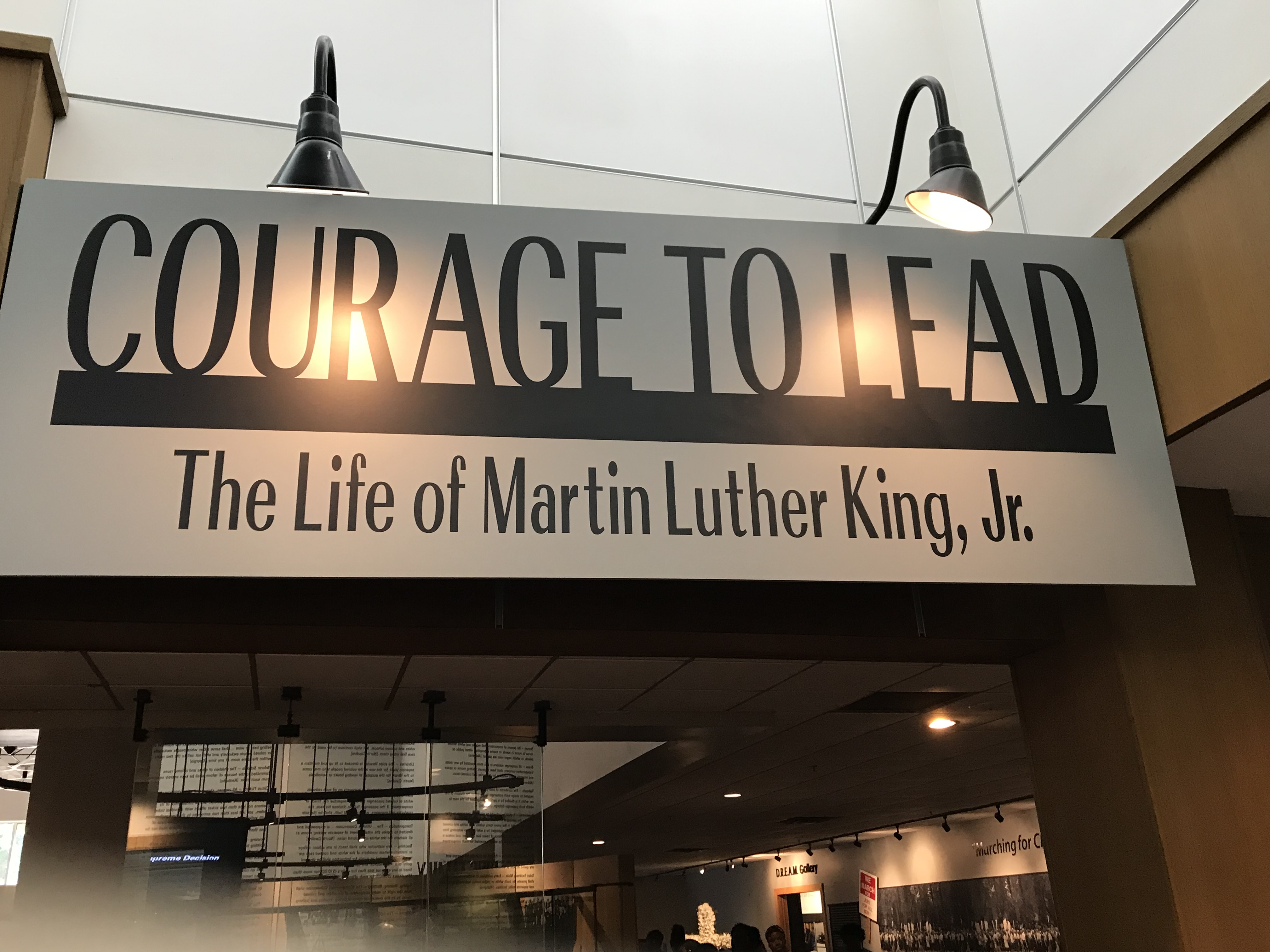 After paying a sum of money to see Georgia’s Aquarium and World of Coca Cola in Atlanta, I was particularly looking for a park that we can visit.

The Martin Luther King, Jr National Historical Park came into our IT. We learned that he was born and buried in Atlanta. Which gives us a different light about Atlanta. So it is not just about the aquarium, CNN, World of Coca-Cola. In the middle of that expensive city is a free park that gives you courage while you are on it and after you leave that place.

My daughter (5th grader) particularly like MLK’s “I Have a Dream” speech. She had read and studies about MLK before so that some of the information are more of a refresher to her.

My other daughter (3rd grader) particularly like the film that they watched about MLK’s history. She is excited to learn about MLK as she is about to learn about him for her 3rd grade history.

Our discussion after we left the park revolves around, “If he wasn’t killed, could he have been the first black president?”

“The citizens may not be ready during that time,” I said. But then, I thought again. If he is alive he is about 72 in 2008. The same year that President Obama was elected to Presidency. At 72, he might have turned out to be Obama’s opponent to represent Democratic Party. Or a good candidate against The two President Bushes. Just a very good thought to ponder upon. But our discussion immediately turned into a more purposeful discussion about the separation between black and white. A topic that is still hazy to my kids. But quite understand that at a certain point in the history, blacks are not allowed to sit in a bus.

Freedom is very costly. While others thought are free, they are still in the box somewhere. Going through their routines like freedom came in free.

Talking to Ranger. This is one of my favorite times when we visit a National Park . (Kids are shy to do this so that I do it most of the time). During this visit, I have learned that National Parks comes with a Passport. Where all the list of National Parks are listed and have spaces to put the park’s stamp on it. Very interesting find. We went to park’s bookstore to find one which leads us to MLK’s birth house.

Writing, learning, technology, and teaching are integral part of me. It keeps me awake at night, and it wakes me up in the morning. Thus, the birth of this site, The Learning Story . As I learn, and teach, words to write come out naturally. This site allows me to explore the creative side of technology, as I get to personally explore the themes available, and add touches to it. Thank you for allowing my learning stories to be part of your world.